Find out whether solar panels can overcharge a battery in your home. Is it dangerous? Should you be worried? 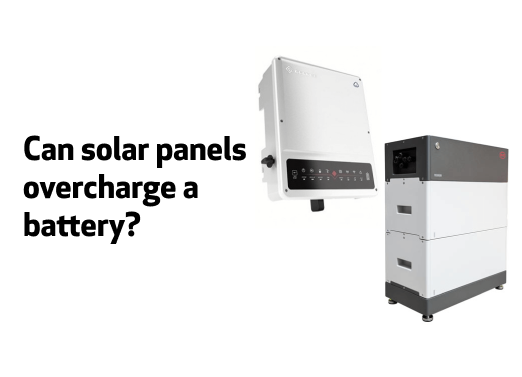 Solar panels can overcharge a battery, but this generally doesn’t happen so long as we understand them and follow manufacturer guidelines. This article gives insight into the damages caused to the batteries due to overcharging and how this can be prevented.

What is a battery?

A battery is a device which allows rapid conversion between chemical energy and electrical energy by means of electrochemical oxidation-reduction reaction between the active materials that are packed in its cell chamber, separated by an ion conducting electrolyte. Batteries can be classified based on whether the stored energy can be recharged or not. A primary battery does not have the capability of being recharged.

The energy conversion in a primary battery is irreversible, and it is normally discarded once the energy contained in its active reactant is exhausted. A secondary (rechargeable) battery, on the contrary, can be electrically recharged after discharge by supplying current in an opposite direction, restoring the battery to its original status through a reverse electrochemical oxidation-reduction reaction on the two electrodes.

What are the common battery technologies used in residential applications?

The two main types of residential batteries are Lead-Acid and Lithium-Ion batteries.

Lead-acid batteries are the world’s most widely used battery type and have been commercially deployed since 1890. Lead-acid battery systems are used in both mobile and stationary applications. They have long been considered the battery of choice for off-grid power systems due to their relatively low cost, reliability, and service life.

Lithium-ion (Li-ion) batteries, on the other hand, is one of the most widely utilized energy storage technologies for portable electronics today. The key characteristics of the battery include high energy density and long cycle life.

Like other solid state electrochemical energy storages, the lithium-ion battery consists mainly of the cathode, anode, and electrolyte.

Lithium iron phosphate (LiFePO4) and lithium nickel cobalt aluminum battery (NCA) are the leading technologies that are being used for renewable energy application.

Before we investigate overcharging, one needs to understand how batteries are charged. Both solar panels and batteries operate on direct current. The solar panels produce different voltage and current across the day based on solar irradiation levels.

The graph below gives insight into voltage and current at different times of the day. Peak sunshine hours in this case are observed between 9:00 and 15:00.

Overcharging is when excess Ah (amp hour) is delivered to the batteries. Based on battery technology, batteries behave differently to overcharging.

Is overcharging bad for the health of the battery?

Over charging is bad for the health of the battery irrespective of battery technology. For example, in the case of lead acid batteries, over charging leads to gassing. In open batteries this results in water loss and in sealed batteries this leads to heat generation inside the battery. Gassing starts before full charge is reached and increases as charging progresses. In the case of lithium-ion batteries overcharging can create unstable conditions inside the battery, increase pressure and cause thermal runaway.

What are the steps to prevent overcharging in batteries?

It is recommended to use a hybrid inverter for both lead acid and lithium-ion battery technology. GoodWe hybrid inverter is a reliable and robust product that can perform this function.

What battery technology can be consistently charged to max capacity?

Both lead acid and lithium-ion battery technology have a limiting factor on maximum charge capacity. In the case of lead acid, its usually around 40% and in lithium ion its around 90%. However, having said this, there is another battery technology available in the market that can be charged to 100% of rated capacity.

The most distinguishable characteristic of an RFB compared to a traditional solid-state battery is that the energy is stored in the flowing electrolyte, typically in two soluble redox couples contained in external tanks sized according to application requirements, whereas in a solid state battery the energy is usually contained in the electrode materials.

The conversion between electrical energy and chemical energy occurs as the liquid electrolytes are pumped from storage tanks to flow through electrodes in a cell stack. Vanadium redox (VRB) flow batteries and zinc bromine (Zn-Br) flow batteries are commercially available in the market today. Flow battery technology is getting market acceptance and can be seen been used at remote telecom sites and gaining acceptance in residential applications.

What is the ideal depth of discharge for home batteries?

The depth of discharge is the percentage of the battery that has been discharged relative to the total battery capacity.

Batteries are an integral part to the residential solar system and the missing link in energy transition. Care should be taken to ensure one does not over charge or drain their batteries completely. The solar panels generate different voltages and currents across the day based on solar irradiance. A hybrid inverter ensures the batteries are not overcharged and increases the life of the batteries.

What is the life expectancy of a solar battery? 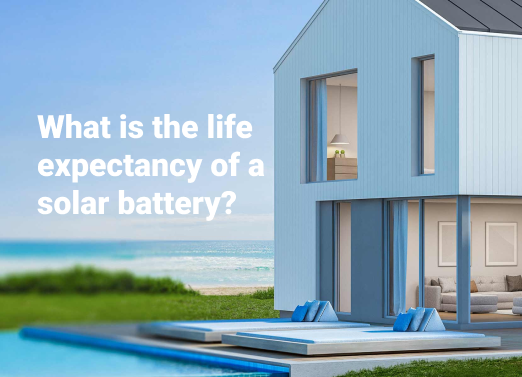 What is the life expectancy of a solar battery?

How many years will your solar battery last? And what will warranty cover?
How many batteries do you need for a 5kW solar system? 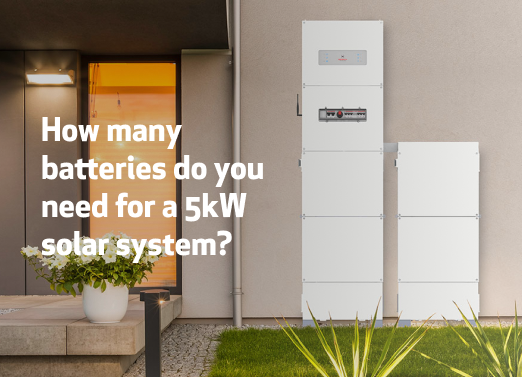 How many batteries do you need for a 5kW solar system?

The size of your battery should be based on how much energy you use at night, not your solar system size.
Best location for solar battery | Deep dive into suitable locations for your safety 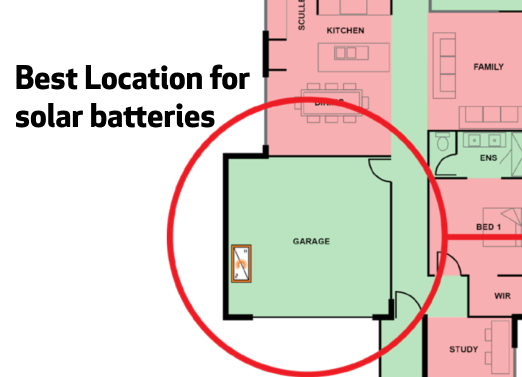